The Only Winning Move is Not To Play

I first watched Wargames sometime in the late 90's. It was recommended to me by a friend I had met online who knew I had a growing desire to see more 80's movies. I remember him saying that out of all of the movies he recommended, he thought I'd enjoy Wargames the most. He was right.

I'm going to assume you've seen Wargames, but if you have not, please note this post will ruin the ending of the movie. Also, it's a great movie that I highly recommend seeing at least once, so check it out if you get a chance.

We all know how this movie ends. WOPR is about to bomb the hell out of Russia when Falken and David convince WOPR to play tic-tac-toe. They do this to show the AI that in some games the are no true winners, which is enough for WOPR to call off the attack. Afterwards WOPR says: 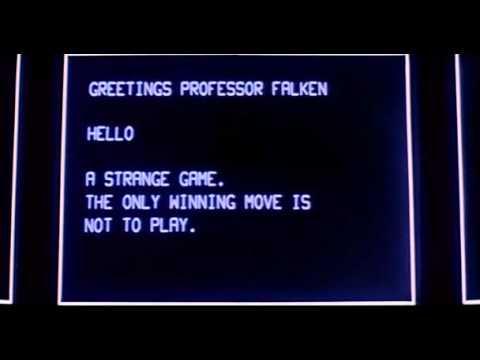 The Only Winning Move is Not To Play

As I've gotten older, I'm not sure another quote has been quite as relevant as this one in my life.

It's taken me several years, but I've come to learn that you do not have to participate in everything. Anything from the office potluck to social media can be opted out of. I guess you can call that the power of saying no.

But in a society that preaches progress, self-improvement, and constant change, you can find yourself easily straggling the line between coming and going. There are so many people pushing for why you should or shouldn't do something and this paradox of choice leaves some of us paralyzed. We overthink and try to find out how to have our cake and eat it to. We create extra stress over the stupidest of decisions, all because of social norms or expectations.

A recent example I can think of is my relationship with social media. I enjoyed it, but I knew it was bad for me. It was a time suck and I grew frustrated with the drama and advertising. So, I took some time away and then came back under the impression that I'd limit the amount of people I followed, keep it friends only, and limit the amount of wastefulness. Did it work? Somewhat. But it didn't solve the advertising or privacy issues and since buying an ad free version wasn't an option, I decided to just not participate anymore. I had to opt out. No longer was I pulled by the social expectation that I should have a social media account nor was sacrificing my own personal morals on interacting with software that I didn't find ethical. I just stepped away from it all and you know what? Life is better. I'm no longer torn between the two worlds and none of it matters, because the option just isn't there. It truly was a case where the only way for me to win was not to play.

It's not just when dealing with social media though. I find it useful in relationships, arguments, petty drama, co-worker tiffs, and so on. In so many instances getting involved does nothing but bring on stress and pain, which can be easily avoided if you just shrug your shoulders and move on. I guess, its taken me a while to learn that you truly have to pick your battles. Fight the ones that worth fighting for and let the rest go. And if it's overly complicated or seems like a no-win scenario, then you can always take your ball and go home. There is nothing wrong with that sometimes.