A couple of weeks ago, I stumbled upon a book called Stand Firm: Resisting the Self-Improvement Craze by Svend Brinkmann, a psychology professor at the University of Aalborg in Sweden. He wrote this book as a sort of anti self-help book which is ironic because it guides you in life the way a self-help book would. This irony is not lost on the author as he embraces it as the best way to get across the information he's proposed. 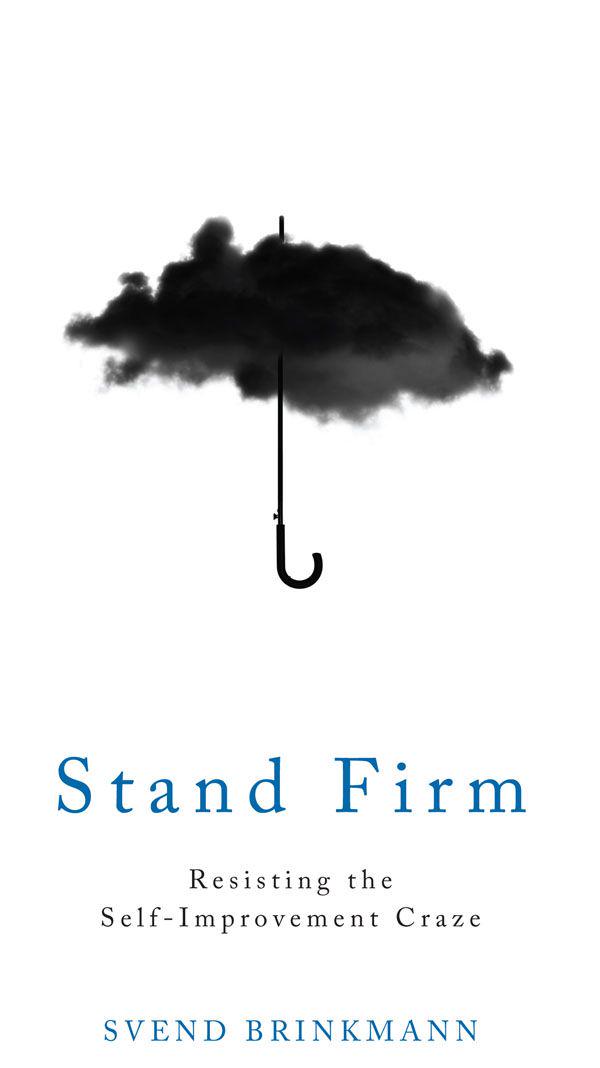 I felt like the book brought up some great points as it interweaved Stoic philosophy in with common sense. I was reviewing some of the quotes I highlighted and I figured I'd share them here.

Many people, unfortunately, buy into the idea that they can ‘do anything’ (an idea foisted on the young in particular), so self-flagellation is a perfectly understandable reaction when their efforts prove inadequate. If you can do anything, then it must be your fault if success proves elusive in work or love (for Freud, ‘lieben und arbeiten’ were the two most significant existential arenas). Little wonder, then, that nowadays so many hanker after a psychiatric diagnosis to explain away perceived personal inadequacies.

I'm guilty of this. I feel like society tells us that the world is ours for the taking and we should be able to achieve all our dreams unless we are lazy. I've definitely beaten up on myself because I wasn't successful in certain areas of my life.

I contend that in order to learn to survive in an accelerating culture – to stand firm – we should look to classical Stoic philosophy for inspiration, especially its emphases on self control, peace of mind, dignity, sense of duty and reflection on the finite nature of life. These virtues engender a deeper sense of fulfilment than the superficial focus on permanent development and transformation.

I've attempted several times to dive into Stoic philosophy but I haven't come across a great primer for the topic. I've tried several websites and books, but most of the time the authors come across as pretentious and opposite of the humble nature of Stoicism (at least as I have interpreted it).

I use aspects of Stoicism to respond to some of the challenges of modern life:

I usually think pretty dark and tend to look at the bad things. I wouldn't say that I practice negative visualization though.

Where you are now encouraged to think in terms of constant opportunities, the Stoics recommend that you acknowledge and rejoice in your limitations.

I love this and I know when I've wrapped my head around this concept in the past, I've found bits of peace.

Where you are now expected to give free rein to your feelings at all times, the Stoics recommend that you learn self-discipline and sometimes suppress your feelings.

This is a new topic for me and something I've been investigating within myself. I've been so obsessed with being “authentic” in my life and recently I've been reading up on how that isn't necessarily the best way to live.

Where death is now considered taboo, the Stoics recommend contemplating your own mortality on a daily basis, in order to nurture gratitude for the life you are living.

Love this and I try my best to do this within reason. In the past, I've struggled with being a little to obsessed with thinking about death and worrying about how to maximize my time.

Only by delving ever deeper inside yourself, and ending up trapped in a vacuous circle that will ultimately leave you completely numb. Philip Cushman once posited that the depression epidemic in the West is explained by the fact that if you look inwards long enough – if you dwell on how you feel, and use therapy to find yourself – then depression will descend the moment you realize that there is, in fact, nothing there.

Damn. This could explain some of my feelings of unsettledness as of late. This hit pretty close to home.

Similarly, the humanization of the workplace – as well as the introduction of self-management by groups, the delegation of responsibility and personal development via work – has led to what the sociologist Richard Sennett dubbed ‘corrosion of character’ (the individual no longer has a firm foundation on which to stand), to an epidemic of stress and to a dehumanizing breakdown in interpersonal loyalty and solidarity.

The philosopher Charles Taylor analyzed how what he called the ethics of authenticity (i.e. that life is about being true to yourself) could result in new forms of dependence, in which people who are unsure of their identity need all sorts of self-help guides.

What causes uncertainty about identity and leads to a risk of dependency?

Taylor says that it’s because we have begun to worship the self in a way that seals us off from everything outside us: history, nature, society and anything else that originates from external sources. In the previous chapter, I called this the religion of the self. If we rule out the validity of external sources, we are left with only ourselves on which to base the definition of the self. This is at best trivial, and at worst makes it impossible to understand our duties and what is important in life.