Note: This isn't the most well structed post. It is more or less some random thoughts regarding physical media that I tied together loosely.

Last week, I went to Goodwill and bought a VCR. While in Goodwill, I picked up a handful of DVDs, blu-rays, and a CD. At .69 its much cheaper than renting anything online and I get to keep it should I choose to. If I don't like it, I just return it to Goodwill and it's like I rented it in the first place.

For years, I've bought lots of media while thrifting. I love looking through all the movies and music, mostly because there aren't many places left to do that. The days of waking up Sunday and seeing what movies were on sale in the paper are over. The movie/music selection at Walmart, Target, and Best Buy are all almost non-existent. Even most of the used movie/CD stores in my state are now closed.

Sure, I can go online and buy just about anything I want, but I'll pay a premium for it and there is no fun in that. I love to browse and to pick up random titles. I like to hold the box in my hand and read the back cover. I guess, it's the closest I can get to the old video store experience.

I stopped by my local dying mall yesterday. For years, this mall has been losing stores and various announcements have been made about something to replace it. At one point it was going to be an Ikea, then a Drive Shack, then apartments. It was recently sold and is going to be a mix of commercial and business properties, meaning my childhood mall will be no more.

I'd say no more than twenty stores remained prior to COVID. The pandemic finished off a good portion of those stores. GameStop is closed, and the FYE still hasn't re-opened, but I think what saddened me the most while walking through the mall was remembering how it looked as a kid. There was an overpriced music store called Waves. Suncoast was open until maybe five years ago when it was turned into an FYE. B. Dalton's books was always a place I loved to stop and browse and I couldn't even begin to count how many movies, CDs, cassettes, and books I bought inside that mall.

Even now, I make at least a trip every six weeks or so to browse FYE. I don't usually find too much to buy, but I still enjoy bumming around and seeing what they have. Occasionally, I'll find a good deal on a movie or a t-shirt, but I think I enjoy walking in there because its one of the very few places I can still browse physical media.

The CD I bought at Goodwill last week was The Offspring's Americana. It was an iconic CD when I was in high school, but I was too busy jamming to 80's music to appreciate it. I could easily boot this album up in Spotify and play it, but there's something about holding that CD, looking at the artwork, and physically putting the CD in that brings me joy. Also, when I have a CD, I don't tend to skip tracks and I can't make a playlist out of it. So, I'm forced to listen to a lot of the songs that I would give up on rather quickly if I was streaming. I've found so many good songs over the past few years because I bought a CD and actually listened to it all the way through. 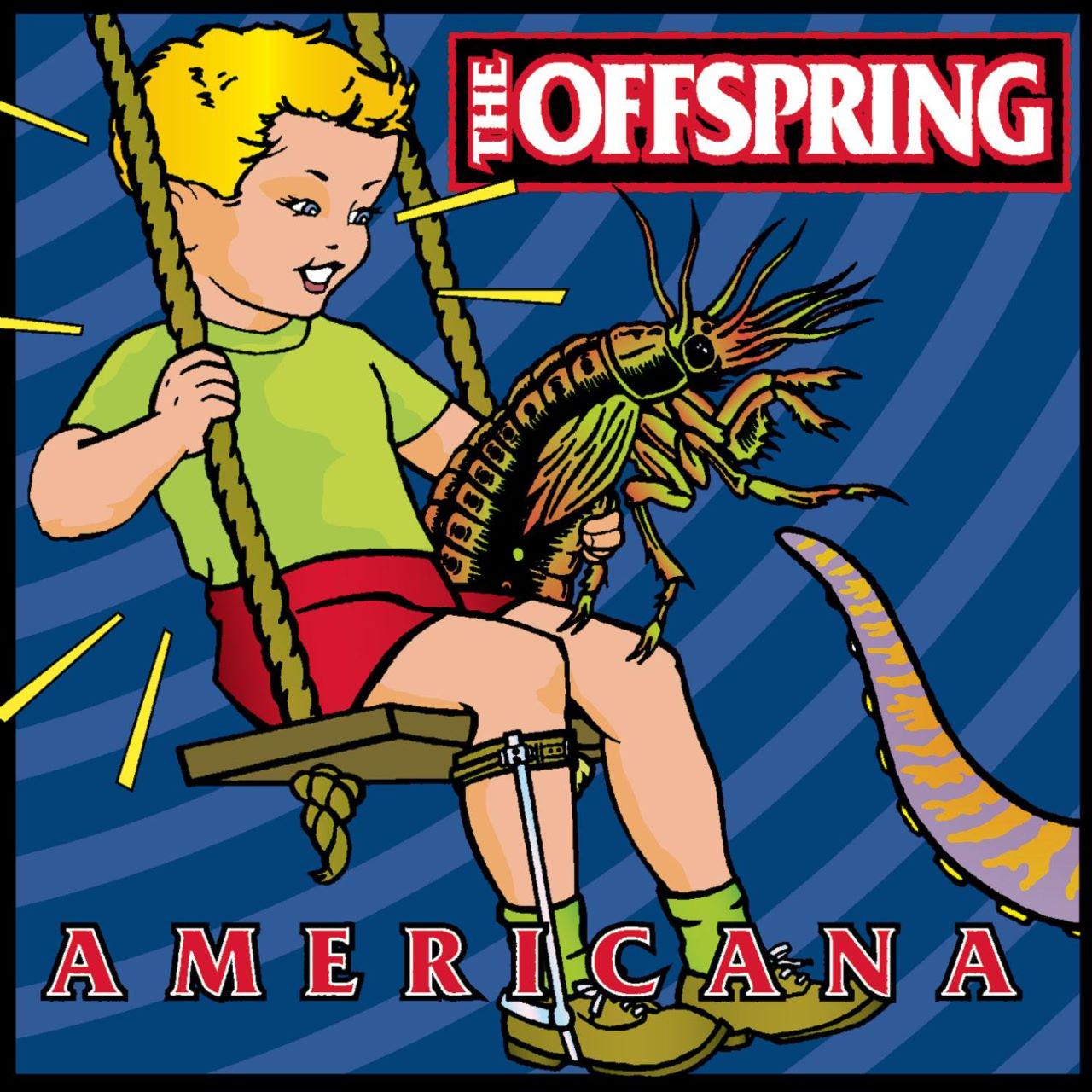 Americana was no different. I knew the hits: Pretty Fly For a White Guy, The Kid's Aren't All Right, and Why Don't You Get a Job but I hadn't heard the Have You Ever, Staring at the Sun, or She Has Issues, all of which are fantastic songs. All are songs I probably wouldn't have listened to had I not bought the actual CD.

Sure, I could exercise more self control when using Spotify, but I don't. I guess, it's kinda like when you rented a bad movie back in the day, you usually watched it because you had nothing else to watch. Nowadays, if a movie is bad you just turn it off and quickly boot up something else from Netflix's selection of thousands. Again, this isn't a bad thing, but there is something to be said about trying to enjoy something new.

Throughout my adulthood I've struggled with some insecurities regarding my living arrangements. I won't bore you with the dramatic details, but basically I adopted minimalism because I enjoy clean places and because I felt it was necessary to be mobile. I felt comfort in knowing I could pick up and leave at any time with very little to lose.

Because of this, I live with very little. There is very little that I regret getting rid of and I feel like this lifestyle served me well for many years, but I'm beginning to think I can loosen up a little.

Recently, my fiancée and I were discussing my movie collection growing up. She noticed how I perked up when discussing my room and how much pride I took in my movies and she commented on how very few movies I own now. I guess, I never realized how much pride and love I had for my movie collection. It was an intricate part of my growing up and my passion for film has never ended. I think this stuck with me a bit.

When I purchased the box of VHS tapes last week, I took some time to display them on my shelf. I organized them and I took care lining them up nicely. And I've admire my little row of tapes ever since. I look over and see all these simple VHS tapes and I feel joy.

I felt joy browsing through all the old movies at Goodwill and I feel joy thinking about rebuilding my collection. I think I feel the most joy thinking about how I finally feel like I might be able to have my movie collection again and not feel so scared about moving or losing it.

I have to give my buddy Michael credit for some of this. It was his sharing of his movie collection that reminded me so much of mine. It was his decision to start collecting VHS that planted that seed that led me to buy a few VHS tapes.

I also have to credit an old friend of mine who passed away several years ago. He once had an entire room dedicated to his vinyl collection. He was forced to get rid of it when his wife got pregnant in the mid -90's. Seventeen years later, life was different and he bought his first record in many years. Slowly, over the course of several months, he began rebuilding his collection. Then he got a player and then a cleaner, and slowly and intentionally his collection grew.

I never collected vinyl, but the joy that it brought to this man was unsurpassed. He spent his free time browsing forums and testing out new online shops. He lit up like a schoolboy when he came into work and he received some album he'd spent weeks looking for.

It was a hobby that not everyone would understand, but it made him super happy. He died a year or so later and seeing how much joy he got out of those albums, even for a couple of years, made me happy that he re-discovered them. Everyone deserves to have something that makes them happy.

I think what I've learned throughout all of this is: life is hard and if you find something that makes you happy, you need to engage it. You need to just do it because you're only running out of time. I'm not thrilled with the state of the world and looking back to the past brings me joy. I don't want to live in the past, but I do think some of the ways we lived were better. At least for me. I've noticed that once I simplified my blogging and focused on writing and not marketing, I enjoyed it 100 fold. That decision was made out of nostalgia for a simpler time. I'm hoping that resurrecting some of things I loved from the past will bring me just as much satisfaction and joy as blogging does these days.